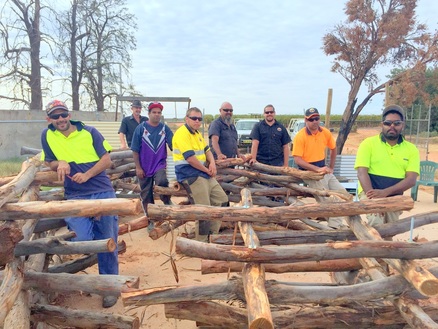 BMEET is an organisation established by Barkindji and Maraura elders in Dareton, Wentworth and Gerard to provide culturally appropriate training and employment in cultural and natural resource management of country for the young people of their communities.  It is to provide a pathway out of social welfare, crime, drugs and alcohol through meaningful and appropriate employment.

BMEET has shown that it is a contract works organisation that can deliver appropriate vocationally oriented training and employment to a highly disadvantaged community.

Our Objective - Bringing country back to life

Since its operational commencement in August 2011, BMEET has shown that;

Using this model developed over the last two years, BMEET have created a crew of workers that want to work and will do whatever it takes in terms of attendance, punctuality, training and interest to achieve their goals of taking on sustainable employment.

There have been significant positive benefits of this small group to the whole community as role models, particularly for younger people in the community, to see that there is a possibility for a positive future.  This has had a major positive effect in the community in terms of reduction of anti-social behavior and more importantly giving a future for the young, especially those still in school.